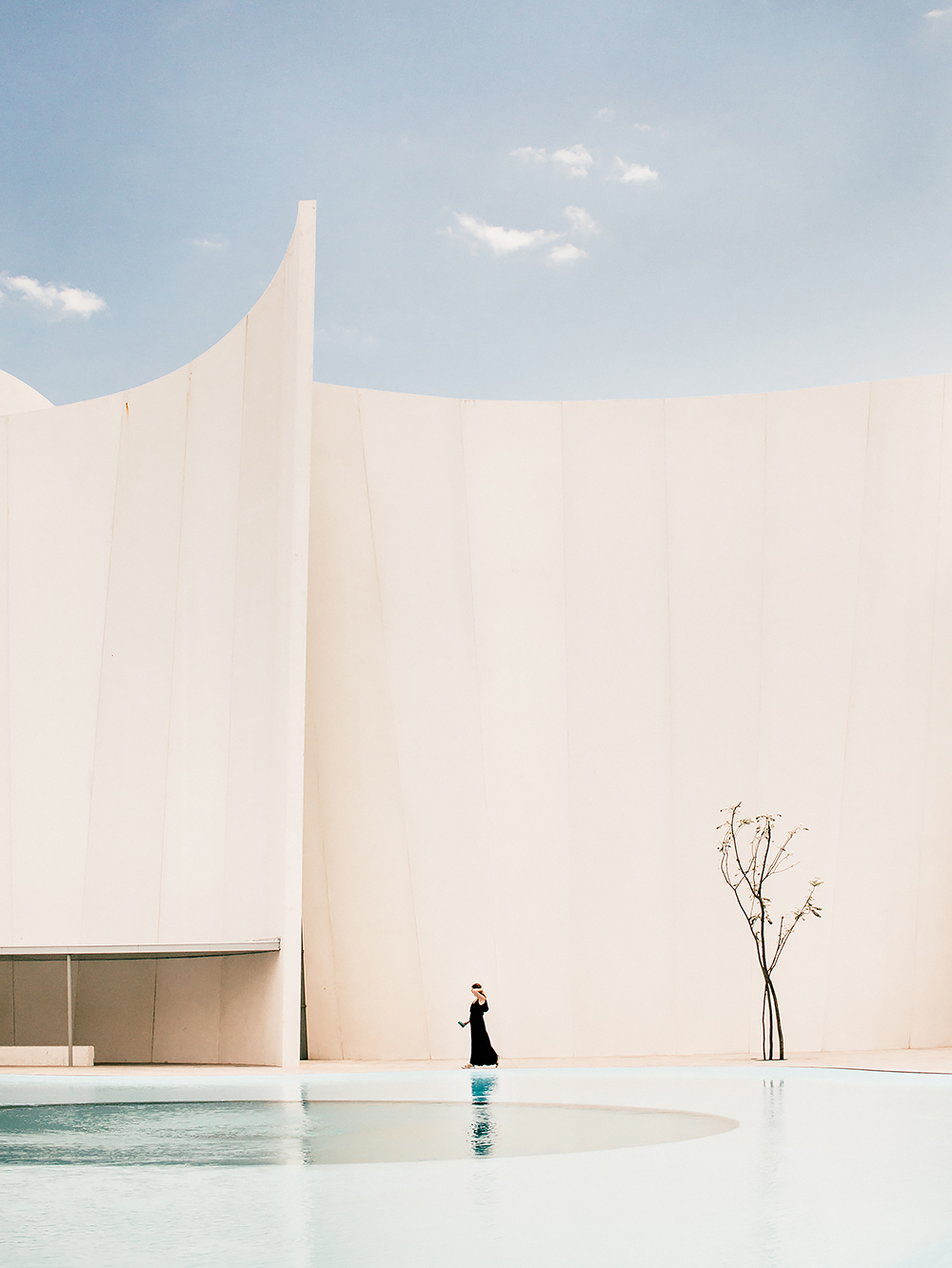 For a few short years in the mid-1980s, when the pockets of New York’s broad-suited investors swilled with Reagan-era money, one item of clothing defined the luxurious moment above all others: the pouf dress.

Designed by Christian Lacroix, a couturier from Arles in the South of France, “le pouf,” as he referred to it, presented an explosion of material betwixt, the waistband and the knee. This ball of fabric preposterously accentuated its wearer’s hips, giving a woman the silhouette of a tottering doll. The pouf was the must-have item in nouveau riche couture, filling ballrooms with what, at a glance, looked like a sea of brightly colored balloons. Then, in an instant, the pouf deflated.

Following the 1987 stock market crash, what was once seen as a shibboleth of status became a display of wealth. “The skirt’s flamboyant silhouette was suddenly deigned to be frivolous,” explained David Wolfe, creative director of The Doneger Group, the New York-based company that advises the fashion and retail industries on the ebb and flow of trends. “It crashed and burned overnight,” he said, the skirt to be immediately replaced by more austere cuts such as the pencil line.

Wolfe, who is balding with thin-rimmed, tortoiseshell glasses and a tidy gray beard, was one of fashion’s very first trend forecasters.

In his mid-70s, it has long been his job to predict the next big thing; The New York Times has described him as “fashion’s most authoritative spokesperson.”

In what is often seen as an elite business, guided by the caprice of figureheads like Anna Wintour and big-name couture designers, for Wolfe the fate of the pouf skirt reveals an often-overlooked truth about the rip tides of what’s en vogue. The popular perception is that any given season, it’s the high fashion mavens that decide the newest styles — their clothing lifted from the runways, redesigned for the masses in more conventional cuts, and made popular by marketing campaigns played out on widescreen billboards and the miniature windows of trendsetting Instagram girls.

In fact, said Wolfe, trends are just as equally driven by a complex mesh of political, economical, social, and technological factors — everything from the state of war to the state of the economy. “Fashion is a response to how consumers react psychologically to every aspect, nuance, and factor of life,” he explained. “Everything that plays a part in creating the world we live in is reflected somehow in fashion trends.”

Understanding the science of fashion has, over the past 40 years, become big business.

The scale of bets involved in designing, producing, and selling a new line of clothing has created a market for seers, people who are able to advise a big business on what designs will prove popular in the near future, based on evidence rather than whim. David Wolfe was one of those first oracles.

After working as an illustrator at London department store Fortnum & Mason in the 1960s, Wolfe used his talent for observation and artistic record to fill a void—founding one of the world’s first fashion forecasting services, Imaginative Minds International. His objective at the time was to feed privileged information about the latest collections shown on cloistered Paris runways to English and American designers.

Wolfe’s methods in those early days were rudimentary but determined; he would disguise himself to gain entry into French fashion shows and then sit in the back row, incognito, while making surreptitious sketches of the dresses drifting down the catwalks. He was, by then, already recognized as one of London’s leading fashion artists, his sketches published in Vogue, Harper’s Bazaar, Women’s Wear Daily, and The London Times. Wolfe’s insider work attracted a raft of high-profile clients, including Calvin Klein, Ralph Lauren, and Versace. Through his insight, designers around the world were able to catch emerging trends and turn his pronouncements into realities as, en masse, they followed his advice.

Wolfe’s instincts proved correct — especially in terms of recognizing a market for trend forecasters. After moving to New York in the early 1980s to set up the first dedicated fashion forecaster in the United States, TFS The Fashion Service, Wolfe joined The Doneger Group in 1990. In earlier years, consultants like Wolfe could take a punt on what they thought was going to become the next big thing in fashion and, if they were fortunate, see their predictions turn into reality. Those with a knack for soothsaying (or whose predictions were later backed by multimillion-dollar marketing campaigns to become self-fulfilling prophecies) reaped the rewards. Those whose predictions proved to be off-trend, meanwhile, were considered snake-oil salesmen. Luck, as well as observational aptitude, surely played its part.